What inspired you to become an entrepreneur?

I spent the early part of my career working with early stage entrepreneurs and university researchers, providing support and money. My plan was to stay on the money side of the table and I went back to school for an MBA.

As I was finishing up the program, I started meeting with a former colleague who had an idea for an Ed Tech business. As I was helping him think through his plan, the idea really wormed its way into my head. We were thinking about how we can use a fairly new body of research on how kids learn math and how computers can emulate how to teach kids math. We got excited about building a business that could be financially successful but also have a really positive impact. It became more of a thing that we couldn’t NOT do anymore.

What’s the most memorable moment from your career thus far?

My son came home from his first day of middle school and I was asking about how it went. When he told me they were going to use this online math program all year, it was super cool to tell him that I had been part of the team that built that. In that moment, I was able to see what we had built from the outside – as a parent. It hit me that we were having a really big impact on kids and families across the country.

What is one fun or interesting thing that students should know about you?
I used to be an Ultimate junkie and can throw the heck out of a frisbee.

What was the best business advice that you’ve received?

I think this holds up beyond just business but is certainly important for startups – Be aware of and try to walk the fine line between being persistent and being stubborn. For me, catching myself not really listening is a clear sign I’ve crossed the line. Most important is that you build a self-awareness about it.

What can large corporations learn from startups?

I’ve never worked inside a large corporation – but smaller/younger businesses often have advantages like flexibility and speed to implement new strategies. Figuring out how to maintain and leverage that really strong foundation of a big business and still be nimble and opportunistic seems to be the Holy Grail that many big companies are chasing with their innovation centers.

If you could have any superpower, what would it be and why?

I’d love to be able to apparate. Way before Harry Potter, I dreamed about being able to get to wherever you wanted to be at just by blinking your eyes. 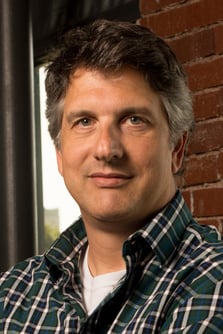 Stephan has spent the last 25 years in the technology startup ecosystem primarily in senior leadership roles on both the investor side and the operational side of the table. This has helped him develop a deep understanding of how technology can be applied to solve social and commercial challenges. More importantly, he’s learned firsthand how to take innovative ideas and turn them into real businesses. Having worked on both sides of the table, Stephan is able to help entrepreneurs with their high-level strategy while also cutting all the way through to the most mundane operational task.

Get in touch with Stephan here.