Within four years of arriving at Pitt for a clinical and research fellowship in Pulmonary, Allergy and Critical Care Medicine (PACCM), Jason Rose had obtained a master’s in business administration degree and launched a startup company based on his lab’s research into antidotes for carbon monoxide poisoning.

Rose’s timing was auspicious, as he launched his company, Globin Solutions, just as the University revised its policies around faculty participation in startups to provide more flexibility and more incentives for researchers to take that final step to ensure their discoveries make a real-world impact on people’s lives. 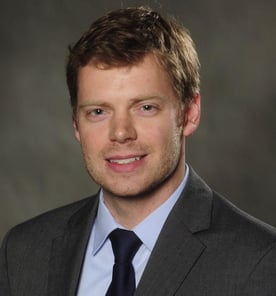 He recently accepted a new role within the Department of Medicine, the largest within the School of Medicine, where he will be responsible for increasing the pace of discoveries moving from the lab to the clinic. Rose has been appointed as the Associate Vice Chair for Innovation and Commercialization in the department.

He will be working to identify and cultivate academic entrepreneurs like himself and connect them to the resources and mentoring they need to accelerate on their innovation and commercialization path.

“There is an expanding array of resources and opportunities through the university ecosystem, and in partnership with UPMC, to drive innovation and foster the translation of research from the lab to the clinic,” Rose said. “I look forward to helping to identify those rising stars and connect them to those resources.”

Rose said that Pitt life science innovation has a built-in advantage via the UPMC partnership. Not only are most Pitt researchers also clinicians in the UPMC network, one of the largest health care providers in the nation, but they also have the opportunity to receive funding from UPMC Enterprises, the system’s investment affiliate.

UPMC Enterprises announced a $1 billion investment fund in 2020 for healthcare innovations both within UPMC and Pitt, and externally.

Rose’s company, Globin Solutions, raised $5.5 million in 2018, including participation from UPMC Enterprises. It also received $1.75 million Phase II STTR grant to help complete pre-clinical development of a molecule that can scavenge carbon monoxide from the blood. Rose said he is working toward a pre-IND meeting with the FDA by the end of 2022.

In the meantime, Globin Solutions is also developing additional molecules for carbon monoxide poisoning and is working to develop sodium nitrite as a chemical countermeasure to chlorine gas poisoning.

If you are a Pitt innovator wondering whether or when to disclose potential discoveries emanating from your research, contact the Innovation Institute at innovate@pitt.edu to consult with one of our commercialization experts.