The University of Pittsburgh ranked #21 in the nation and in the top 10 of public universities for university technology transfer in a new report from Heartland Forward, a nonprofit whose mission is to whose mission is to improve economic performance in the center of the United States by advocating for fact-based solutions to foster job creation, knowledge-based and inclusive growth and improved health outcomes. 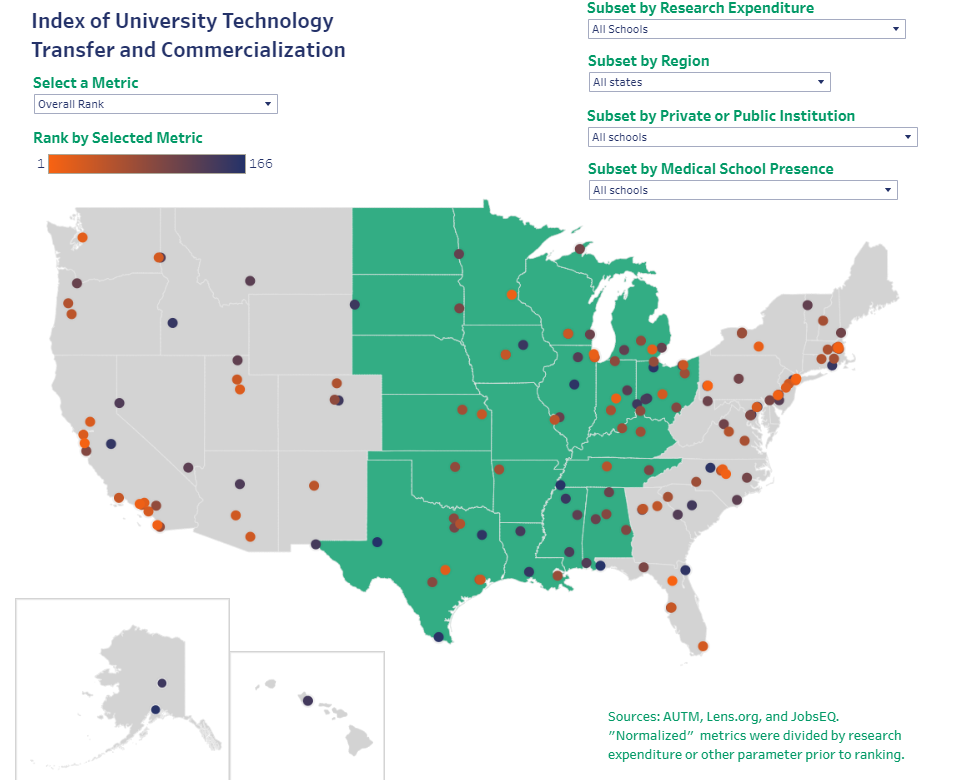 The ranking is part of a new report issued by Heartland Forward titled "Research to Renewal: Advancing University Tech Transfer".

The report evaluates which universities are most accomplished at creating new knowledge; embedding it in their science, technology, engineering and mathematics (STEM) graduates; and transferring both to new and existing enterprises. Research and discovery are fundamental objectives of universities, but they must be absorbed and infused into private industry to yield an economic return on the investment.

For formal commercialization and tech transfer of intellectual property, metrics include:

"It stands to reason that many of the top-performing research universities are among the elite institutions in the U.S and we are proud to release this list," said Ross DeVol, president and CEO of Heartland Foundation. "We believe that states, cities and rural areas can more effectively partner with universities in their pursuit of prosperity. Correctly channeled, this approach can create jobs paying top 5% incomes, as well as a wide variety of middle-income jobs, and be inclusive. The definition of the American Dream.”

Evan Facher, Pitt's Vice Chancellor for Innovation and Entrepreurship at Pitt, said the recognition from the Heartland Foundation reflects the culture of innovation that has accelerated over the past five-plus years at the University, which has resulted in record numbers of invention disclosures, patents, startups and commercilization revenue.

"Pitt innovators who want to see their research make a difference in people's lives have had more funding and resources available to them to make the leap from the lab to the market. It is gratifying that their passion and dedication is being noticed."

What Universities can do to Improve

According to the report, within the academy, greater emphasis is needed on patenting, licensing and startup activity, and these factors should be weighted more heavily in faculty tenure and promotion decisions. Doing so will assure young researchers that their university passionately supports technology transfer and entrepreneurial activities and would nudge many in the direction of working collaboratively with businesses. Universities with major financial success in startups or royalties from licenses underscore the value of tech transfer and its potential, and contribute additional resources to support the process.