OUP recently held a webinar on the topic of trends in university startup investing.

You can watch it here:

Pitt investigators who are interested in exploring the commercial potential of their discoveries can do so in the Pitt Ventures First Gear program. The next cohort begins May 12. 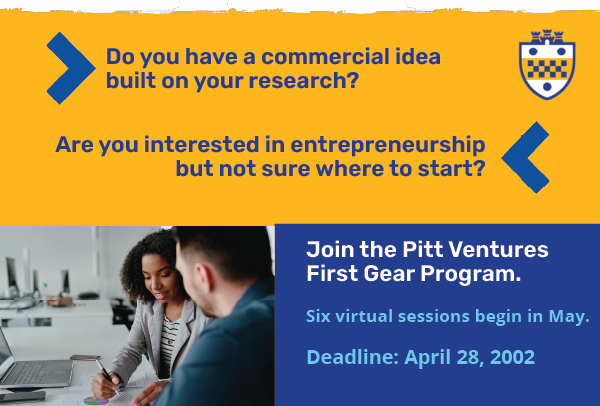